Our in-house motion graphics artist has developed a ‘virtual venue’ of Howard Davis Park to help promote the Legend in the Park and Sure Big Gig events for 2015 which includes headliners The Vamps and Spandau Ballet as well as Union J, The Feeling and Tallia Storm.

The Big Gig Jersey YouTube channel is now live and the 40″ promotional film is out there, front and centre, as a call to action to followers and fans in social media land! 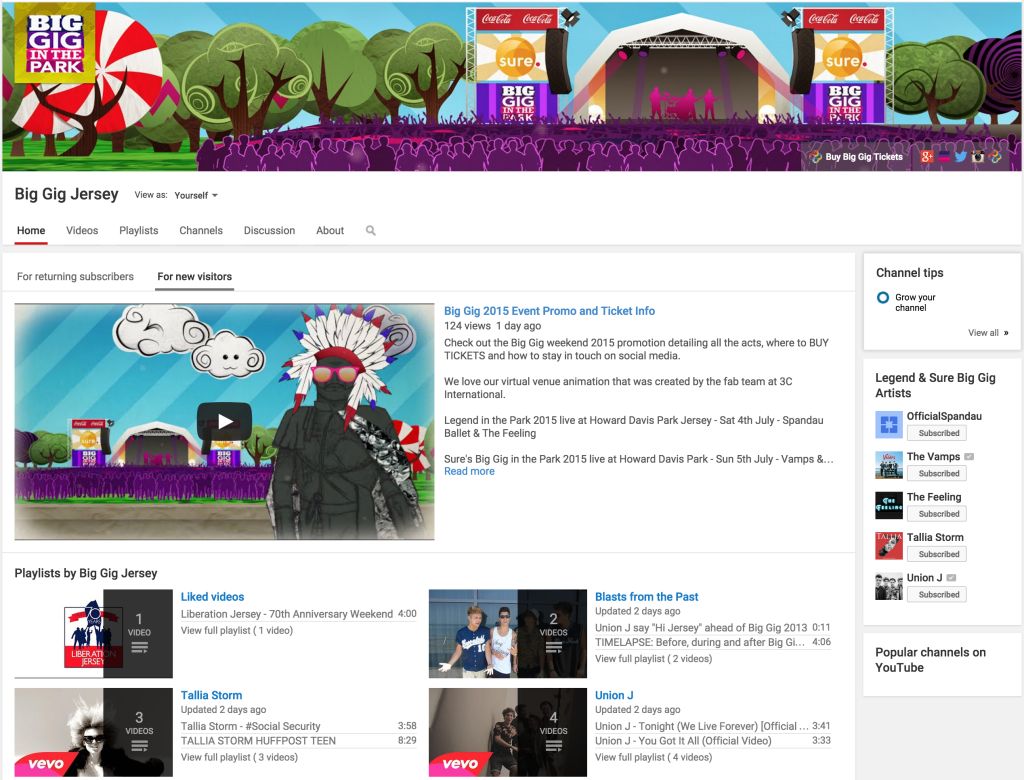 Big Gig TV includes playlists for all the featured acts and some blasts form the past involving Union J on their last appearance in Jersey.

As the weekend for Legend and Big Gig 2015 approaches more content will be added. The dedicated YouTube channel will be the place to go for backstage interviews, celebrity chat and features from this year’s events.

Phil is one of the founding directors of 3C International. He is an experienced media professional and has worked in multiple aspects of Television & Radio broadcasting as well as providing corporate and commercial communications for Marketing & Communications professionals.

There is no gallery selected or the gallery was deleted.